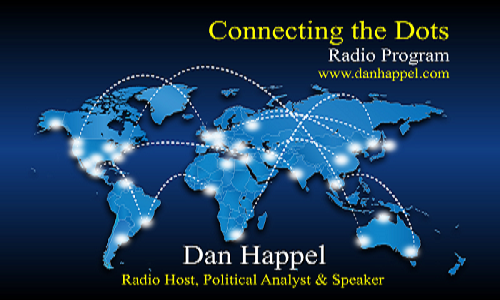 Institutionalized fraud is the hallmark of totalitarian regimes.  Why are we silent when it comes to America?

Join us for a look through the eyes of people that have been on the front lines and have personally witnessed the processes that resulted in the destruction of modern, industrial economies that are replaced by utopian socialism.and leftist despots.

The D.C. big government cesspool (the swamp) seems to be stinking worse than ever. There appears to be no limit on the corruption coming from the Marxist progressives that populate the “ruling class” in the United States and around the world. They have gotten away with murder and mayhem as they take over and destroy one free market country after another until they quite literally control the world…….except the United States, and they are perilously close to consuming us as well.

They have controlled our media and most academic and political institutions for decades as they eat away at our social , religious, moral and cultural sinews like a cancer from within.
As is the norm with totalitarian entities, they deceive and hide their true intentions until the victims of their coup are too weakened to resist the onslaught, and become just one more victim to the totalitarian “new world order”. Many believe that Americans will accept anything handed them. This includes the administrative state, academia, big tech and the so-called mainstream media who have made corruption, deceit and contempt for the American middle class their hallmark for far too long.
As hundreds of witnesses come forward to tell of election fraud being openly practiced in key swing state elections, it is becoming increasingly clear that something has gone terribly wrong with our American tradition of free and fair elections. Most totalitarian regimes started out as something much less threatening, but because of a less than honest election process and a significant percentage of ill/un-informed voters that are willing pawns ( V.I. Lenin referred to them as useful idiots), the nations gradually weaken the voting process until, one by one, they fall under the pall of totalitarianism.
Meanwhile, the mainstream media and academia, which are supposed to be the protectors and teachers of of truth, become the willing lackeys of the controllers and eventually irrelevant. The middle class which is the hallmark of free societies, begins to disappear and eventually society becomes a mass of poor with a handful of very wealthy and powerful controllers. The manipulated election process becomes a prison for the productive members of society and personal liberty dies a very unnatural death.
This pattern has been repeated all over the world and never with a positive outcome…….at least to anyone who believes in liberty, private property and rule of law.
Wake up America. Your time is now, and you had better fight this onslaught as if your life depends in it………..because it does!!!

Share this important information with your friends and families!

Help Us Reach More People With These Important Broadcasts

We want to make Connecting the Dots available to listeners through a satellite link that will expand our audience exponentially.  We lack the resources to do this on our own, and hope that our listeners support our work with a one-time or recurring contribution to help us pay for this service.  Please click on the link below to donate.  Your financial help will allow us to grow and bring programs like this to the rest of the world.

Sign up on the link below to receive our weekly email notice of our Guest(s) and important issues.  You manage your own account and can unsubscribe at any time. 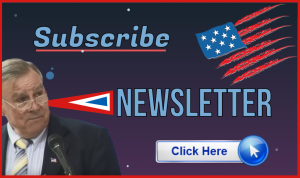 Dr. Harry Booyens -is an internationally recognized, multiple award winning PhD Defense& Aerospace physicist. He is originally from South Africa with a 360-year bloodline in that country. He has worked in Research and Development in South Africa, the United States, and Canada and has won a number of awards for his work in both Physics and in Genealogy. Harry describes himself as a semi-retired technocrat from the Hot Part of the Cold War. He applies his lifetime of research and analytical skills to History and Genealogy. His trademark as author is his combination of factual accuracy, solid evidence, and engaging writing style. Harry lives with his family on the forested slopes outside Vancouver in Canada. 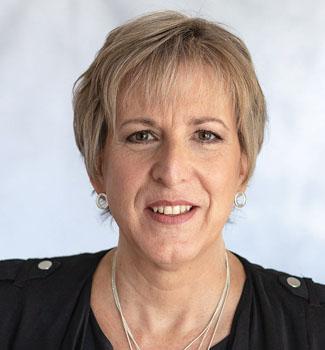 Leah Southwell – JBS Field Coordinator, National Speaker on International Marxism
Anarchy: An Eyewitness Account
Through a military coup in Chile in 1973, a Socialist/Communist president was removed and Marxism was successfully suppressed. Free market economics were introduced and Chile became the world’s “Economic Miracle” and considered the best in Latin America. Then last October society suddenly erupted in violent protest, burning, looting and fighting with the police and even triggering a state of emergency, bringing out the military to the streets of Santiago, and lasting months. We recently saw something similar happening here. What are the commonalities? Although the spark was different the underlying causes are the same. What is happening in the world today and why?
READ MORE
——————————————————————————————————

Raul Luciani – Businessman, commercial construction contractor, property manager, restauranteur, and naturalized American citizen born and raised in Caracas Venezuela when it was still a wealthy and free republic. He and his family watched the communist takeover and destruction of the Venezuelan economy by Hugo Chavez and his successor, Nicolas Madura. Most of his maternal/paternal family is trapped and still lives in Venezuela. Raul moved to Montana to attend Montana State University pursuing a degree in Mechanical Engineering and is married with 5 children and 5 grandchildren. He is an outspoken critic of the global expansion of communism, especially the open promotion of Marxist ideology in America under the Obama Administration. He is a frequent speaker on the Chavez/Madura takedown of Venezuela and the parallels to what is happening in America.
——————————————————————————————————
Views expressed by our guests do not necessarily reflect the views and opinions of our host, producers, sponsors and The Patriot Soapbox Network. We strive to make all information truthful and informative to our listeners, but do not suppress the right of our guests to express views that may not be in conformity with mainstream opinion.
ALL RIGHTS RESERVED
The Owners of this website may be paid to recommend Goldco or other companies. The content on this website, including any positive reviews of Goldco and other reviews, may not be neutral or independent. 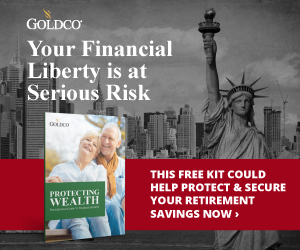 BUYING THE VOTE IN MONTANA how to steal a national Senatorial...