Tomorrow morning I will be interviewing Elias Alias, founding member of Oathkeepers and Don Doig,  Founder of the Fully Informed Jury Association.

Our discussion this week will be a follow up of last week’s radio show with John Lamb and Roger Root, where the subject of jury trial and the importance of juries in reaching a reasonable verdict on high profile Federal Court cases.

We received many comments after last week’s radio program asking for more information on the subject of jury nullification and why jury trials are important guarantors of justice  in Federal Court cases involving average private citizens and well funded and staffed governmental agencies.

We will be going into much more detail on the history and  rationale behind the Common Law legacy of trial by a jury of peers and will explain the concept of jury nullification and true criminal justice to our listeners.

You will be a much better informed citizen and potential juror when it is your time to serve on a jury. 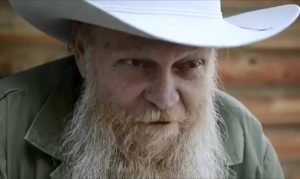 Elias Alias is an aging U.S. Marine Veteran of the Viet Nam war who began to question the government’s lies about why he was sent to Viet Nam. Elias founded The Mental Militia with some friends in 1999 to provide an online forum for free-thinkers of all views, dedicated to the advancement of the ultimate freedom…freedom of thought. Keeping it online for the past 16 years, Elias has watched as his focus has shifted from the “Left-Right paradigm” to libertarian and Voluntaryist perspectives which center on personal freedom. He asks hard questions about self-ownership, the individual’s relationship with government, and the manufactured perception employed by immense powers to keep memes of herd mentality at the helm of governmental policy.

Elias Alias is also a Founding Member and Editor of the organization Oath Keepers, dedicated to the sacred duty to uphold, protect, and defend the constitutional rights of all citizens by ALL public servants.

Don Doig is the co founder of the non-profit group Fully Informed Jury Association in Montana, which was set up to inform Americans about their rights as jurors as well as personal liberties.  He was the national coordinator for the organization. He is associated with the Jefferson River Coalition. He is also a former Libertarian Party candidate. He also wrote He Who Pays the Piper: Federal Funding Of Research, and was an associate policy analyst at the Cato Institute.

FIJA (Fully Informed Jury Association) empowers jurors to uphold individual rights and liberty by instilling in them a rich understanding of their protective role, including jurors’ right to refuse to enforce unjust law.

WHAT IT MEANS TO BE AN OATH KEEPER

“These are the times that try men’s souls” Thomas Payne

ENDING TYRANNY IN AMERICA – will the age of Trump triumph?

THE BATTLE AHEAD- preserving the right to keep and bear arms!

SEPARATION OF CHURCH & STATE – what the Founders really intended!

WHY WE MUST PROTECT THE SECOND AMENDMENT!!